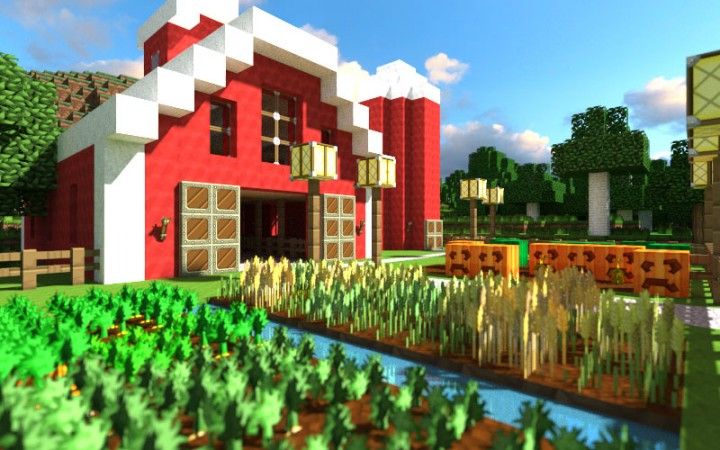 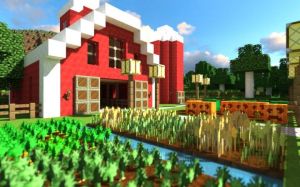 Edmonton- With the ongoing federal election swiftly underway, a recent poll conducted by the Edmonton West Star has concluded that the nations children, peoples ages 0-16, would only vote for the PC candidate Stephen Harper if he could demonstrate superior skills in the international video game, Minecraft.

This is a startling discovery, as a year earlier, similar surveys indicated that either the nations leader, or one of his family members, would have had to to have been considered “pretty awesome’ at the pirate-based ‘Assassins Creed: Black Flag’, or tricky, space-based master game, ‘Destiny,’ — in order to gain their trust.

Minecraft is a simple block building game that allows the player to mine for essential square blocks of goods and minerals in order to create fabulous, extraordinarily square shaped buildings and structures. It is an open ended game that has virtually no plot, but the ability to tame and breed square animals. There is also a features involving growing and farming giant square mushrooms and battling square shaped monsters.

Deceptively complicated, Canadian children cite this as an ongoing battle with the older generations because, despite their learned education, many adults pale in comparison when they attempt to sustain a legitimately narly Minecraft world.

In fact, their creations are considered downright inefficient and ghastly compared to the results of today’s techno hybrid super children.

“Many times whatever they build is super straightforward and crammed all together as if the point was to just build unrelated, stupid looking stuff next to each other. Other times, the real estate ends up looking downright worthless, with terrible, terrible square shaped views, looking at nothing. Sometimes they even let cows, sheep and chickens get into their houses and then they don’t even know how to get them out. It just doesn’t make any sense.”

Another major criticism of the Minecraft ability of the Baby Boomers, Generation X, and sometimes even the Millennials, is that they don’t seem to grasp how to deal with the ‘creepers’, a green monster that spawns in the darkness and then blows up.

This can take your life and all your stuff, your tamed wolf, or even your castle with it.

Canadian children acknowledge that this part is actually difficult, but with patience and understanding, they can usually be dealt with with minimal impact and you maybe even get some gunpowder out of it too.

Gunpowder can be used in Minecraft to craft things such as a complicated firework making system, another area that adults seem to struggle with.

Still, Canadian children hope that if the PC candidate could demonstrate evidence that his Minecraft would have sweet things like a super tall treehouse made out of colored clay and junglewood, or a giant, solid gold statue of a lions mouth like that part in Aladdin, they may consider casting a vote for him once they come of age.

However, with modern children’s ability to invite each other into their MineCrafts to use a series of complicated, proletariat inspired teamwork ideals to create massive and awe inspiring structures, including lava pools, it is doubtful that anybody, even Stephen Harper, could come up with an idea that would match their efforts, and in the time it would take for them to create it.

“One stipulation for the Prime Minister would be that he would have to make it in survival mode, where you actually have to go mine and farm everything, not just be in creative mode, where you can use whatever you want and even fly around. —that’s cheating.”

Survival mode requires the player to use a series of mining, smelting, and then building procedures, which pose another set of confusing trials for most people over 30. It also requires the use of making and eating food, unless you die.

Another consequence of being in survival mode is that the landscape can sometimes be forever altered due to the acquisition of the much needed blocks of stuff. Inexperienced Minecraft players sometimes let all their trees go away, or leave their mines in state of confusing, ugly looking, multicolored blocks, whose poor planning can sometimes lead to trapping horses and cows, lest they jump up and down in the same spot for the rest of the game. This is not usually tolerated by the children of the Minecraft universe.

Still, the crafting ability of the countries long reigning Prime Minister remains unverified. Due to his secretive family life, of what we know almost nothing about, he may have been quietly building a Minecraft away from our prying eyes, keeping it locked to others due to fears of being ‘griefed’— a common problem due to the online status of the game.

In fact, after almost a decade in the national spotlight, we have been given very little information about Stephen Harper and his private life, leading people to wonder if — a, he doesn’t have a private life, or — b, it’s so fucked up he has a team of people keeping it out of the spotlight for him.

This leaves us to wonder, maybe the real reason behind this confusing riddle is that there truly has been a super fantastic Stephen Harper Minecraft world in the works, a place of incredible and beautiful fantasy, which only he can see.